To share your memory on the wall of Minnie Williams, sign in using one of the following options:

Print
On November 22, 1946 in Cordele, Georgia, Minnie Maw was born to the union of Willie and Lula Mae Walker. She was the fourth of eleven children.

She graduated from A.S. Clark High School in Cordele, Georgia. She played basketball, ran track and was part of a dance group. Minnie was picked to be a backup dancer for the Godfather of Soul James Brown. Unfortunately, her father did not go for that.

In 1972, Minnie moved to Los Angeles, California. On May 26, 1984 she married the love of her life, Raymond Williams. They shared 36 years of everlasting love. As a virtuous woman of God, Minnie gave her life to Christ as a young age. She joined Magnolia Missionary Baptist Church in Los Angeles where she sang as a soprano in the choir.

Minnie was an avid sports fan but a Laker fanatic. She loved Kobe Bryant. She was a manager at Warner Bros. Studios in Burbank, California and would not let the opportunity pass by for anyone needing employment. She always looked out for anyone in need of a job. In 2002, Minnie retired from Warner Bros. Studios and relocated to Las Vegas, Nevada.

Minnie embodied the word love. Her light was bright to all in her presence. Her laugh was distinct. She was the life of the party. She could look into your eyes and see your soul. She would always speak of the good in people. These are true accounts of the total love she really carried. She connected to everyone including nieces and nephews. A true prayer warrior.

Although she worked at Warner Bros., she should have worked at Disneyland because she made dreams come true. There are many words to describe her but, one that is used would be consistent. She stayed the same to all and was true on her word. Minnie loved her family. If she was not hosting a party, she was driving or flying to one. Looking back, she was always making memories. If you wanted to see her light up, have one of her grandchildren walk in the room. God sent us an angel!


To send flowers to the family or plant a tree in memory of Minnie Williams, please visit our Heartfelt Sympathies Store.

We encourage you to share your most beloved memories of Minnie here, so that the family and other loved ones can always see it. You can upload cherished photographs, or share your favorite stories, and can even comment on those shared by others.

Love , Willie and Louise & Family sent flowers to the family of Minnie Williams.
Show you care by sending flowers

Posted Dec 28, 2020 at 05:00pm
Sending my condolences to the family with much love and prayers sent. Minnie had a warm smile that includes you in it and giving vibes of peace and love. That is what made me feel welcomed into the friendship of Minnie. Not to mention her dance giving it to you with her cool, she could dance just a beautiful soul.
God's Grace I will see you again. Victoria and Family
Comment Share
Share via:
MP

Posted Dec 28, 2020 at 06:07am
We shared a lot of laughs together and she will be truly missed. May her family find Peace in her passing! Minnie RIP
Love Always,
Michael and Charita
Comment Share
Share via:
LW

Posted Dec 24, 2020 at 02:38pm
With love and hugs, Sister your memory is a keepsake from which I'll never part God has you in his Keeping I have you in my Heart 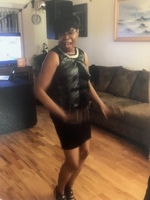 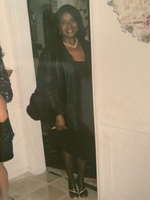 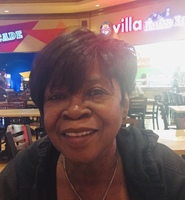 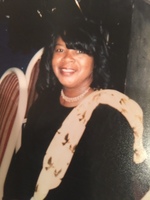