To share your memory on the wall of Margaret Gatlin, sign in using one of the following options:

Print
Margaret Harry Gatlin was born November 11, 1947, in Bogalusa, Louisiana to Willie I. Harry and Adine Anthony Harry. She grew up and went to school in Angie, LA.

On January 29, 1965 she was united in holy matrimony to Joe Rodney Gatlin. After they married, they moved to Las Vegas, NV where she remained until God called her home.

In 1986, she joined and became one of the founding members of Metropolitan Institutional Baptist, which later became New Birth Baptist Assembly in 2001. She was the first church clerk, treasurer and choir member.
In her pastime, she loved to cook, eat, watch television and order items from the Home Shopping Network.

On Saturday, March 6, 2021, at the age of 73 she transitioned this life to be with the Lord. She was preceded in death by her parents: Willie I. and Adine Anthony Harry, one of her sisters, Lee Ingram, and her three of brothers: Willie E. Harry, Robert E. Harry, and Cornathan Harry.

Margaret Harry Gatlin, you will be missed for the love you had for your family and friends.


To send flowers to the family or plant a tree in memory of Margaret Gatlin, please visit our Heartfelt Sympathies Store.

We encourage you to share your most beloved memories of Margaret here, so that the family and other loved ones can always see it. You can upload cherished photographs, or share your favorite stories, and can even comment on those shared by others. 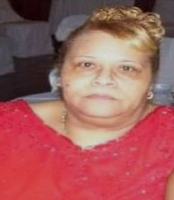