To share your memory on the wall of Marcus Morris, sign in using one of the following options:

Print
Marcus Morris Jr. was born on April 3, 1932, in Jefferson County, Mississippi. He is the third child of Mr. Marcus Morris Sr. and Alma Hoye Morris out of 17 siblings. After the death of his father, the family moved to Tallulah, Louisiana. Marcus left school at an early to help provide for his family.

Then in 1962, the family decided to moved to Las Vegas, Nevada, where he became a member of Carver Baptist Church. In 1968, he followed the teaching of the honorable Elijah Muhammad. He worked several jobs until he was hired in 1963, at Wellsfargo Construction Company. Marcus worked there for 30 years before he retired.

Marcus married Shirley Goins in 1981, and remarried until his passing. He loved his family, fishing, hunting and gardening.

Then on Thursday, December 31, 2020, Marcus transitioned this life to be with the Lord. He was proceeded in death by her parents, Mr. Marcus Morris Sr. and Alma Hoye Morris; two daughters; one stepdaughter; four sons; three grandchildren; one great grand daughter; four brothers; and three sisters.

Marcus Morris Jr. will forever live in our hearts and be remembered for the love he had for her family.


To send flowers to the family or plant a tree in memory of Marcus Morris Jr., please visit our Heartfelt Sympathies Store.

We encourage you to share your most beloved memories of Marcus here, so that the family and other loved ones can always see it. You can upload cherished photographs, or share your favorite stories, and can even comment on those shared by others. 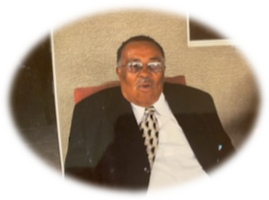