To share your memory on the wall of Karen Lanae Davis, sign in using one of the following options:

Karen lovingly gave birth to her son, Douglas Brown Jr. in 1982, followed by her daughter, Ishamina Walker, in 1983. Karen later marry Darryl Sullivan and moved to Cleveland, OH. Through their union, she went on to have three more daughters: Damita Sullivan in 1985, Denise Sullivan in 1987, and Delicia Sullivan in 1989.

Karen and her children eventually moved back to California in May of 1991. It was at this time she rededicated her life to God. Karen became a member of Mount Tabor Missionary Baptist Church, and was baptized there. She volunteered to help with her daughter's drill team after work from 1996 to 1997.

Karen was diagnosed with Lupus which, she fought bravely until her untimely death on January 12, 2021. Karen had a multitude of talents, working in several industries over her career. She worked for companies such as: Los Angeles unified School District, H&R Block, Century 21, and Triwest Healthcare Alliance for the U.S. Department of Veterans Affairs. At her last job, she was in a supervisory role.

In 2002, Karen moved back to Las Vegas, NV. Karen loved her family and friends. She enjoyed having everyone together for family game nights and "just because" gatherings. She was a poet, and she loved crocheting blankets, along with solving problems. Karen was a phenomenal cook, an avid reader, and an author, who was writing an autobiography. She was a rock to so many people, and it was family or friends, that could always count on her to help.


To send flowers to the family or plant a tree in memory of Karen Lanae Davis, please visit our Heartfelt Sympathies Store.

We encourage you to share your most beloved memories of Karen Lanae Davis here, so that the family and other loved ones can always see it. You can upload cherished photographs, or share your favorite stories, and can even comment on those shared by others.

Posted Jan 30, 2021 at 06:45pm
With Love and Respect, I am Blessed to have graced your Energy and Spirit. Engraved in my Heart and Soul is your smile. Rest in Heaven Angel~

Posted Jan 30, 2021 at 03:26pm
Condolences to the family your mother was the best friend a person could have she always had so much love in her heart for everyone she will be miss .GOD BLESS THE FAMILY .TERRY SPIVEY AND FAMILY
Comment Share
Share via:
TF

Posted Jan 29, 2021 at 09:20pm
Karen Just Like Psalm 1:3 Says Like a Tree Firmly Planted by the Rivers of Water. This tree will stand Strong like You Always Have. We Love U

Posted Jan 29, 2021 at 03:52pm
I will forever recall Karen telling me ... We are praying fior you, Blue... You will be fine... Lord knows I appreciated her much... Whenever we would converse it would be at least an hour... She was a loving Mom.. and loved her family.... very sweet and kind.... I will miss Karen especially our lil POW WOWS... just fellowshipping .... God bless Ywall and May Karen’s memories live on... Love Always, Sondra Blue🙏🏾
Comment Share
Share via:
MB

2 He maketh me to lie down in green pastures: he leadeth me beside the still waters.

3 He restoreth my soul: he leadeth me in the paths of righteousness for his name's sake.

4 Yea, though I walk through the valley of the shadow of death, I will fear no evil: for thou art with me; thy rod and thy staff they comfort me.

5 Thou preparest a table before me in the presence of mine enemies: thou anointest my head with oil; my cup runneth over.

6 Surely goodness and mercy shall follow me all the days of my life: and I will dwell in the house of the Lord for ever.
You will truly be missed my friend my sister in Christ. We had a lot of good times and sad times a part of my heart is gone but through the grace of God I know I will see you again in a better world with no hurt and no pain and no sorrow. You are with our with our Heavenly Father so I am at peace. 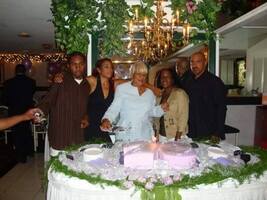 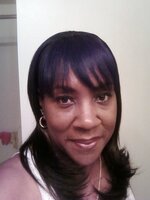 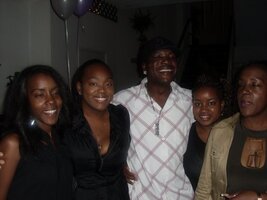 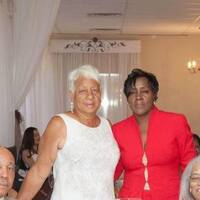