To share your memory on the wall of Janet Grossman, sign in using one of the following options:

Print
Janet Grossman was born February 25, 1943, to Dorothy and Larry Tolchin. She was raised in Pittsburgh, Pennsylvania until her family relocated to California in 1960.

Janet and Al divorced shortly after 25 years of marriage. Soon after that she met Douglas (Doug) Grossman. Janet and Doug were married on April 20th, 1992. Together they have seven children and twelve grandchildren. Family was everything to Janet. She took an early retirement in 1998, to stay home and help raise three of her grandchildren.

Janet will forever be known as the best, most entertaining "Bubbie" a grandchild could ask for in life. Janet was a bank teller for many years. She kept her customers happy. They would wait in line to see the newest design on her fingernails. Her biggest accomplishment in life was becoming a "Bubbie" to Liam, Devon, Amanda, Lindsey, Savanna, Jasmine, Evan, Jessica, James Douglas, John Ross, Nadia and Aidan.

On February 19, 2021, Janet Grossman passed away. She was proceeded in death by her parents, mother-in-law, and her brother, Alan.

A mother’s love for her child is incomparable. It knows no boundaries or laws. It dares to go against everything else that is in its path.

Janet Faye Grossman, you will forever live in our hearts. You will be remembered for the love you had for your family.


To send flowers to the family or plant a tree in memory of Janet Faye Grossman, please visit our Heartfelt Sympathies Store.

We encourage you to share your most beloved memories of Janet here, so that the family and other loved ones can always see it. You can upload cherished photographs, or share your favorite stories, and can even comment on those shared by others.

3 trees were planted in the memory of Janet Grossman

Posted Mar 28, 2021 at 01:06am
What a beautiful ceremony. Filled with love and laughter and wonderful memories of your amazing mother. ♥️ Thinking of you today. Ken and Andreya Blumenfeld
Comment Share
Share via:
LC

Posted Mar 23, 2021 at 04:09pm
Wishing you peace and comfort. Please know that you are in our thoughts and prayers. Love, The Marro Family

Posted Mar 23, 2021 at 04:04pm
Janet you were my best friend for over 20years I will miss your smile and the great times we had together you will always be with me.love you. 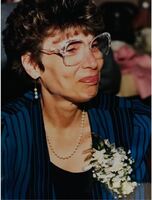 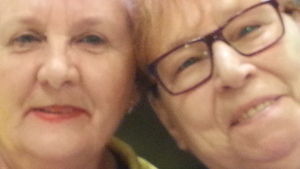 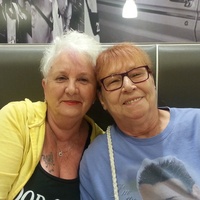