To share your memory on the wall of Fillise Boykin, sign in using one of the following options:

Print
The Journey of life takes us through transitions, much like the seasons of the year. We experience the miracle of birth, the freedom of childhood, a time to realize adulthood dreams and the joy of living a fulfilled life at peace with ourselves and the creator.

The journey for Fillise Denise Boykin, daughter of the Larry Boykin and Maire B. Bullock began on August 29, 1967, in Cumberland County, North Carolina.

Fillise attended grade school in North Carolina; until her family moved to Las Vegas, NV. She completed her secondary education and graduated from Las Vegas High School. Fillise worked for a few years before retiring at an early age.

She was well known for being a good mother, grandmother, sister and friend. She always offered a helping hand, encouraging her girls and grandchildren. Additionally, she loved serving the Lord. In her pastime, Fillise loved cooking, grilling, and spending quality time with family and friends.

On April 1, 2021, Fillise’s journey ended as an heir according to the promise. She went down to where a quiet river flows from whence no one returns. Fillise reached out and touched the face of God. She was proceeded in death by her father, Larry Boykin.

Fillise Denise Boykin will forever live in our hearts. You will be remembered for the love you had for your family.


To send flowers to the family or plant a tree in memory of Fillise Boykin, please visit our Heartfelt Sympathies Store.

We encourage you to share your most beloved memories of Fillise here, so that the family and other loved ones can always see it. You can upload cherished photographs, or share your favorite stories, and can even comment on those shared by others.

Ernie Baldwin and family, Maxine, and other have sent flowers to the family of Fillise Boykin.
Show you care by sending flowers

Guaranteed hand delivery by a local florist
A

Posted Apr 15, 2021 at 09:12pm
Fillise im gonna miss you so much..because as a friend I've learned so much from you,and from your friend as time went by i had became your man..and how wonderful it was to hold that type of position in life it self.. especially for a busy,and out going woman like yourself..i cant lye a part of my life is missing without you here on earth to be in it,but in spirit i fill your presents..but through out our relationship you pushed for me to do better,not only for myself,but to better our relationship..so i know your looking down from heaven watching every move i make,so on that note i will change my life around for the better fillise..i love and miss you babe.."GONE TO SOON"
Comment Share
Share via: 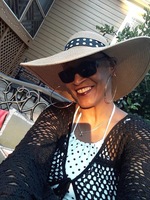 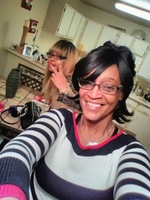