To share your memory on the wall of Denzel Roseboro, sign in using one of the following options:

Print
Denzel James Roseboro was born on August 6, 1995, in Los Angeles, California to the proud parents of Ora (Ron) Roseboro and Bonnie (Chambers) Roseboro. His family became members of One Lord, One Faith, One Baptism Christian Church (Church One) where he was Christened under the leadership of Bishop W. Todd Ervin Sr.

Denzel was a grounded young man who was raised in the church with a steady Christian foundation. At an early age, Denzel accepted Christ as his Lord and Personal Savior and was baptized at Second Mt. Carmel Missionary Baptist Church under the leadership of Pastor Eric S. Woodson.

In High School, he obtained the highest SAT score in his class and graduated with a 4.0 GPA. Denzel was proudly accepted to UCLA, UC Irvine, UC Berkeley, and several Historical Black Colleges, just to name a few. He decided to attend UCLA on a Math Scholarship. After attending UCLA, Denzel found his true passion for theater, acting, and singing at El Camino College. He was amazing in all of the many plays that he performed in.

Denzel was thrilled when nominated twice for the Irene Ryan Scholarship award. Denzel intentionally and diligently worked to perfect his craft, including being relevant and aware of the things going on around him to succeed. He also worked on music with his brother, Aaron and cousin Shakere (KeKe). Denzel was one of a kind, he was smart, articulate, intelligent, caring, and loving with a beautiful spirit. He also had an infectious smile that would draw people to him.

On December 31, 2020, God sent his angels down and carried Denzel away from this earthly home to his heavenly home, where he met with his Great Grandmother: Christine Bender, two Grandfathers: Ollie Chambers Sr. and Ora McBrayer Jr., Aunt; Joyce Grant, Brother; Aaron Roseboro, Cousins; Shakere (KeKe) Chambers, and Anthony Davis who preceded him in death.


To send flowers to the family or plant a tree in memory of Denzel Roseboro, please visit our Heartfelt Sympathies Store.

We encourage you to share your most beloved memories of Denzel here, so that the family and other loved ones can always see it. You can upload cherished photographs, or share your favorite stories, and can even comment on those shared by others.

Posted Jan 26, 2021 at 01:31pm
Denzel was an incredibly bright spirit and will be missed dearly. My heart goes out to you during this difficult time.

Posted Jan 23, 2021 at 04:02pm
My sincere condolences to his parents, Ron and Bonnie and the entire family...A beautiful and gentle soul gone too soon, but God knew best...I pray that God will comfort and strengthen the family as only He can...Send them your peace oh God that surpasses All understanding...R.I.P🕊🕊🕊

Bonnie and Ron, My heart goes out to you. I can’t imagine the pain Just heard, first thought, not again. My thoughts and prayers are with you.
KS

Posted Jan 22, 2021 at 10:53pm
I just want to say Denzel was and is a Great singer I had the pleasure of playing behind him many of times. His Father Ron is my best friend. 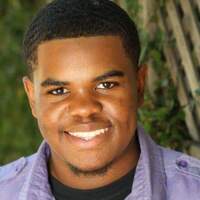